Toulan and Monria | A New Beginning

It is with great pleasure that we can announce a new and exciting partnership between Monria and Planet Toulan. We are delighted with our new beginning, and henceforth Virtualsense will be responsible for all Development Operations, Marketing and Community Management of both Planet Toulan and Monria.

We’ve been friends for quite some time now having lengthy discussions about Entropia and gaming, emerging technologies and how to improve the environments for our respective communities. Over these long talks we have grown our friendship into an alliance, and have come to a mutual respect for each other’s strengths and where they lie. It was during these chats that our focus turned toward exploring ways we could work together for the benefit of both Monria and Toulan.

Since inception, Virtualsense has been created as a business within the Entropia Universe with the goal to add value to the virtual world, create communities, engaging content, storylines and gameplay, and now this dream has become a reality.

Toulan’s Team has put great effort into the beauty of the planet and has been extremely impressed by what the Virtualsense team have been able to achieve with Monria. With more development autonomy we have every confidence that the right team is in place to build a bright future for both Toulan and Monria.

What this means for Planet Toulan

What this means for Monria

We have already started work on future content but we need to be very careful in how we go forward with our development. We don’t want to make promises that we cannot keep. It is evident on Monria that Virtualsense takes things at a steady yet achievable pace. We now have more control over this pace than we have ever had before but we will continue to proceed with purpose whilst prioritizing the content we feel will have the most benefit to our communities.

We would like to share the areas we are focussing on, and our vision of the future possibilities in this new age.

Virtualsense is currently going through a transition and handover period so that we’re fully operational but we wanted to share this information with the community as early as possible. The team at Mindark is fully supporting us to make this transition as smooth as possible.

Some of the current efforts underway are:

We would like to thank the loyal and positive supporters from both communities. Although we have a lot of work to do we are really excited about the potential for the years ahead and look forward to the continued growth of both Toulan and Monria.

The primary goal of Virtualsense has always been to make a positive contribution to the Entropia Universe and to bring more players to our community. We will continue to work hard toward this goal into the future.

On a final note, we have always worked very closely with the team at Mindark and none of this would have been possible without their guidance. Over the years we have built relationships with some really good people who share the same goals and passion as we do.

Thank you for all you have done to support us.

Here’s to a New Beginning!

Click to expand…===========
Arets not tameable but more Monria pets are added… and old ones may get changed so that they have to be level 7 to export?

i wondered for a long time where i should put a Generalists Log so i asked John Capital about it. He said that the best place to put it might be the General Economy Discussion.

So here we go, this is what i do ingame

1. mining (both ore and enmatter)
2. hunting (focus:Araneatrox, Atrox, Argonauts and occasional Daspletor hunts and i promise to do some sochunts with my socm8s from now on, who call me Peter Parker already, because i am only hanging out with the spiders)
3. Mindforce runs (skilling pyro on Daikiba) and
4. crafting (Basic screws for metal res, Simple I Plastic Ruds, UR125)
5. Trading as much as possible

I will log peds spent vs tt and MU i got back and will post pics of the highlights. And total in profits/losses.
I will give some comments why i stay with or switch professions.
Once a month i will count skills…

The reason why i want to make a generalists log is because i am back to an almost empty pedcard. Last night my losses crossed the -15k mark since the big spider hit in last decembre. I will not be able to grind spiders every day anymore unless i hit big again. I will have to change back to the Generalist Survival Game i played for many years to earn my peds. But given the fact that i am 80 spiders short of completing the 5k Araneatrox quest, I WILL NOT GIVE UP!

There are several goals id like to achieve, but my focus will stay on finishing the spider quest! Since there are not enough ped on my card left to continue this, i will start out with an enmatter mining run of 3x MA103

Turn Non-Resizeable Windows into Resizeable Windows– bumping up this one again since it’s very useful with Compets Game on Windows. Figure since the first payout happened not long ago, more may be playing these days. I know I have been recently. Unfortunately this little trick doesn’t work for Entropia, but it does for games like Compet!

(makes it nice to have both EU and compet open in seperate windows on same monitor, so you can be subscribed to the arena while also doing Entropia stuff in the mean time… )

Jhereg said:Hello, I’d like to report a bug with the enigma puzzle.

I made one attempt, and it exploded and I died.

I then tried to go through the red door, which also killed me.

Then I managed to step on every square with out it exploding, and the exit was unlocked for me. I suspect this is a bug somehow….

Edit: Just as an aside, not sure if it is related, but after i died due to explosion, one of the squares were still lit while all the other ones had dimmed, not sure if this is related.

=============
mastermesh said:They already changed the wording on the deeds once to remove any implication of ownership. It would not be difficult to change the wording again to make the situation worse for cld owners…

It could theoretically go something like this (hopefully not, but it is plausible)…

oops “The Planet Partner Gross Revenue will be divided as follows 50% paid to Land Lot deedholders (1/60000), and the remaining 50% retained by Planet Calypso (AR Universe AB) to cover the ongoing development”… typo, should be 10%, time to update the item info screen… nah, just leave it as it is, no one will notice, will they?… No, let’s just alter the contract between Mindark and the Planet Partner, redefining what “Planet Partner Gross Revenue” means to lower the total payout to Planet Partner substantially… Kim, you already work for Mindark, so let’s just redefine your team’s role to “advisor” so that we don’t have to lower your salary. Hold off on creating a financial report this quarter that might reveal any of this to the public…

Hopefully nothing like that theoretical situation happens, but since the “contracT” was already changed at least once to remove the implication of ownership, it would not surprise me at all to see the contract changed again, without warning as there was no warning about the previous change, especially since it’s not really a contract as the eula makes it not be a contract…

They have not removed the phrase “land ownership system” yet. Probably just a matter of time… Maybe we should start a thread making guesses on the date they will change that, lol. My guess, about a month or so after Kim or someone at Mindark reads this post.
Spawn said:Due to a fuckup at Mindark, this special pet didnt its special buff Beladcom has stated that this will be rectified in a future vu.

Pre-2.0 Weapons who’s DPP values DO NOT match up with their Efficiency value on EntropiaWik

Spawn said:Vu broke my shop. No longer able to price items, I doubt I am the only one.

Sokolade said:Whoa i was busy at work and didnt follow up the forum!

So many great posts, thanks Dove, Dab and DannyO, i totally agree with you.

It is silly to be at this situation where we are now.

Now i guess i owe an apology. I am very vocal on matters like these, it is super unfair for any person to be in this situation, I may come out as rude and all that, but i never do that unless u get on my tits. So please accept my apology for foul language and rude attitude, and please try to understand why i am the way i am.

Now i know i have said this in the thread before already, but just in case some other dumb ass-licking adviser decides to go against the general public with posts like the ones above i will give some points below:

*I have contacted support on several occasions.

*Neither takes the responsibility.

*I barely bump the post once-twice weekly, just to raise awareness that this is still an issue.

*It is over 18 months since event started, more if u look at when prizes where announced, so that’s 18-19 months for plots to be implemented and yet here i am typing this shitty reply.

*Year ago when Arkadia publicly said they are expecting landplots for may’s VU (2017), unofficial MA response was that they have not even received a proposal or submitted designs.

*AS have very bad (and i overlooked that) reputation on previous event due to not refunding players when they needed to be refunded. (I will possibly make an entirely new post about that, so players can be better advised before they decide to participate in any AS event in future)

*and prolly much more but this is what i can remember of top of my head right now.

All we want is just some communication.

Here is what i think would suit me and possibly many other land plot winners:

Tell us what is up! Then either implement the damn plots or offer a few ways to settle this. Settling shouldnt be hard since you can just offer already existant items in the game or implement something that is not outdated by two years, EU is dynamic remember(!). Anything form armor sets, weapons, shops, firebirds, heal tools and i will prolly regret saying this – deeds! If u still want to go for the plots u can still offer this as a solution and those who dont want any other prize can just wait for the plots to be implemented (if ever). You can even make an advertising out of this. Turn it around and come out on top. Everyone would be happy chappy and i could finally delete my account from this biased forum.

Took me 10minutes to type this

Currently working on updating all Armor Set images on EntropiaWiki

Remove hud, dashboard, etc. Just be sure to remember quick key to bring it visible again…

mastermesh said:Open up Action Library, Pull up “Desktop Icons” and “Dashboard” and “ScreenShot” commands and assign them to a quick key…

Now you are ready to start taking pics that don’t have the icons all over the place. Simply turn off the dashboard and desktop icons with your quick keys, then hit screen shot button to capture a screenie…
Upload em here and lets see some beautiful screenies of different things in game.

(You don’t have to use the quick keys, but it’ll make life easier when you want your precious icons back)

When streaming videos I do this a lot too… or when just bored. I think the icons along edge of screen breaks fourth wall in a not so good way all the time. 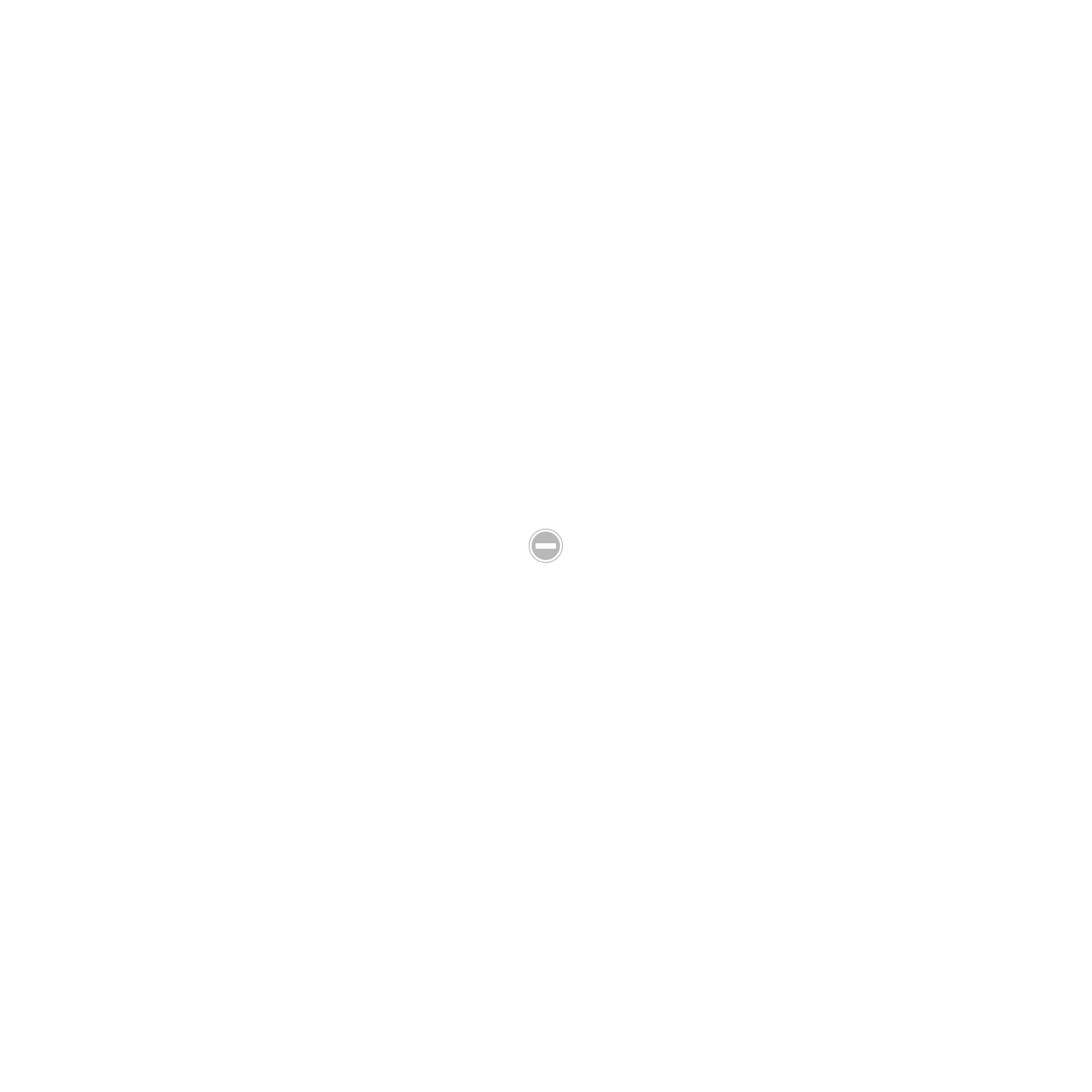